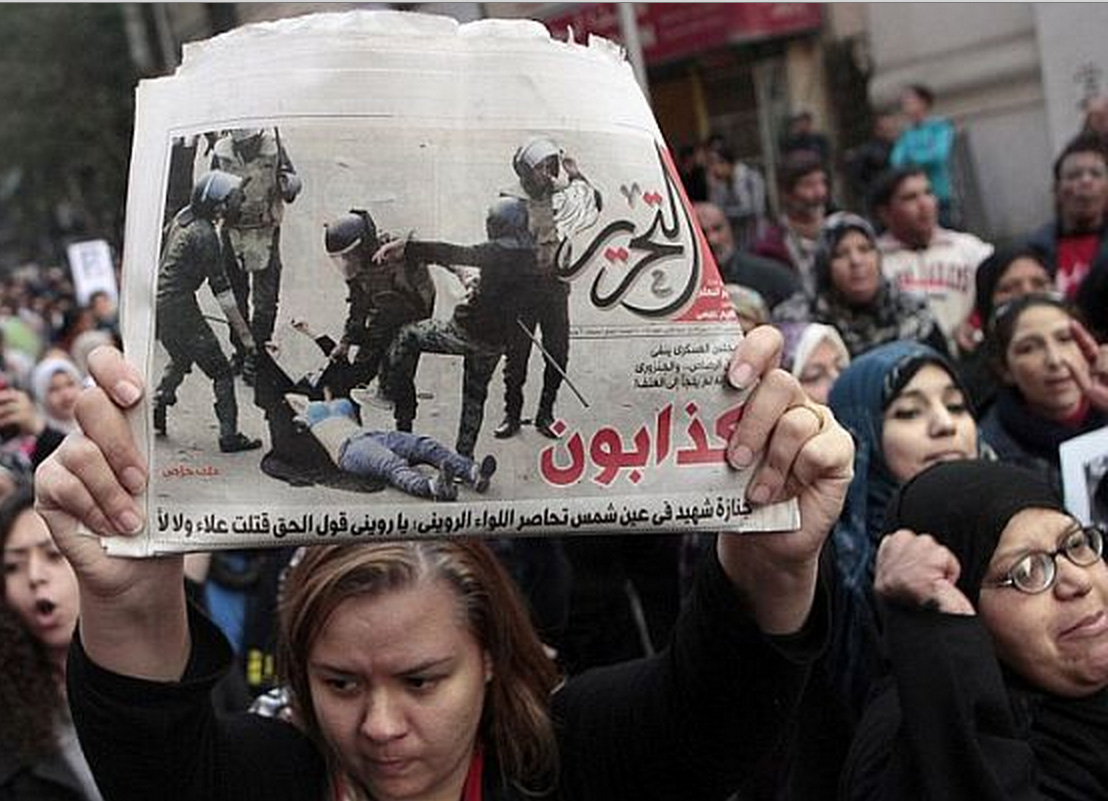 Today I was looking through images that I had posted to this blog to add to Random Interference, and I came across the image above which I posted on February 29, 2012 . It was linked to an article in Buzzfeed, and that link is now dead. So I did some searching. A google ‘search by image’ came up with “best guess for this image: blue bra girl,” which I quickly realized refers to woman in the newspaper image who is being dragged. The image was taken December 17, 2011. US feminist me resents that this image and the women becomes know as the ‘blue bar girl’. I didn’t do follow up at the time so I did not realize until today the extent of the anger that the event (and image) caused. It became a symbol of outrage against abuse of power by the military. The following screen grab from my image searching sums it up. 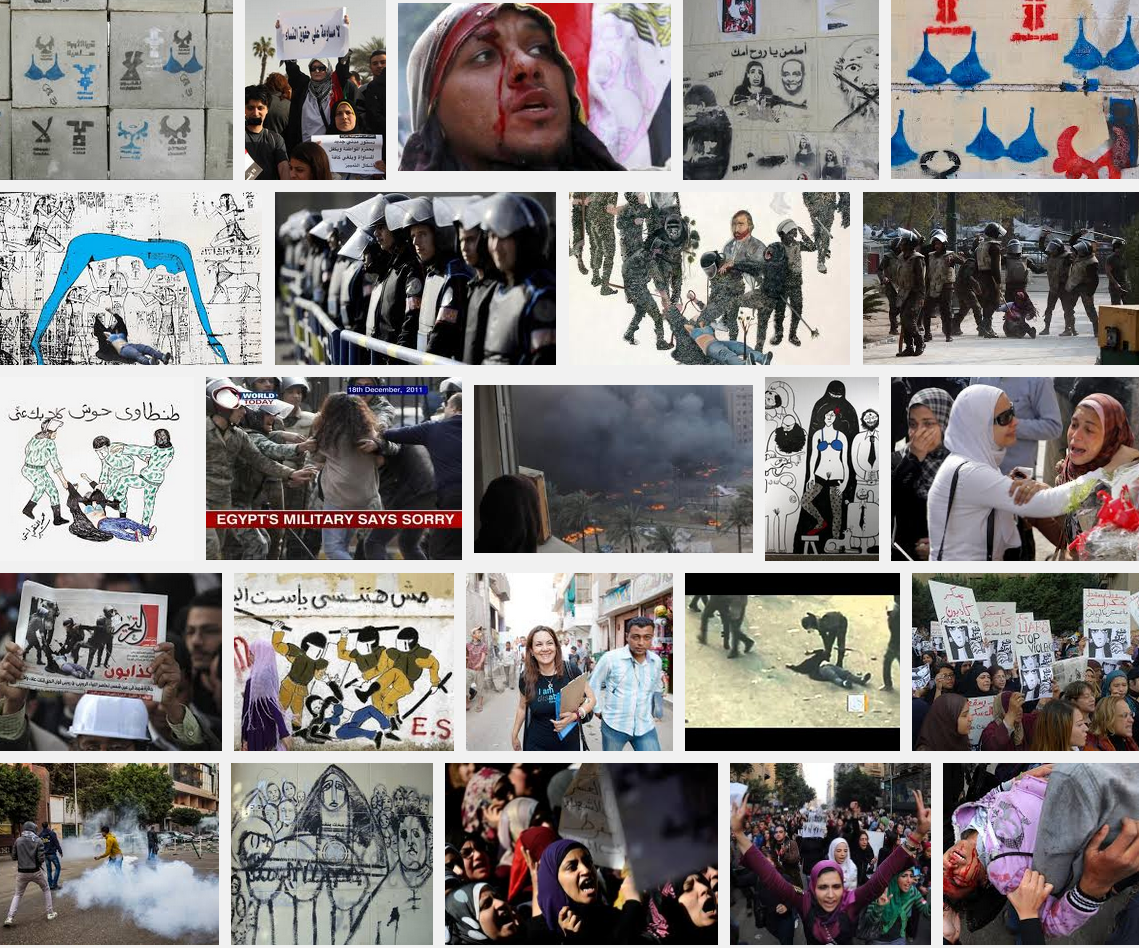 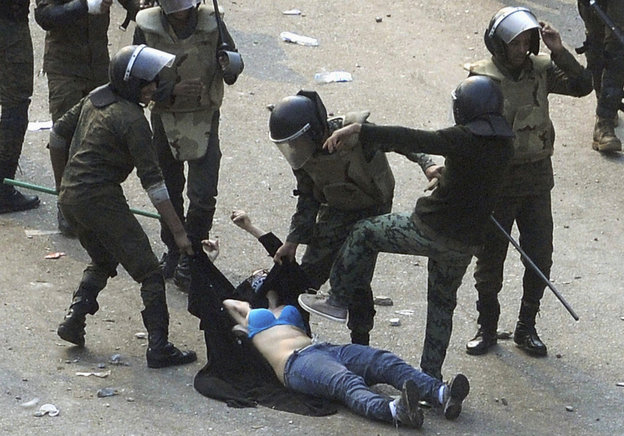 The “Blue bra girl” comes back as a masked avenger – EastWestWestEast

It’s International Women’s Day – Will the Blue Bra Girl Be Forgotten? Between the Lines

Mass March by Cairo Women in Protest Over Abuse by Soldiers