In March 1999 when NATO started to bomb Serbia, I decided to start saving the front section of The New York Times. My idea was to have a stack of newspapers that signified a war. When the cease-fire was signed, a true resolution had not been reached, so I kept collecting. The World Trade Center was attacked, and I kept collecting. I have not stopped. Until Tuesday, June 19, the 5,000 sections of newspapers were in my studio.

On June 19, the newspapers were moved to Photoville. 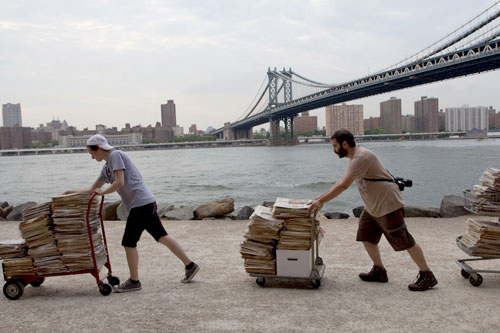 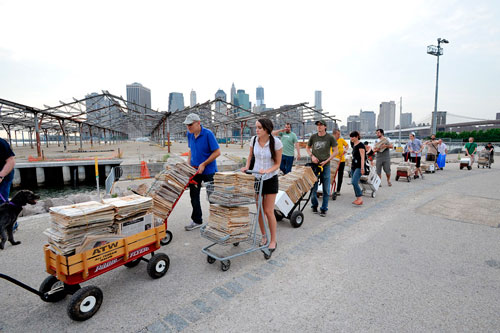 See more photos – thanks to all who made this happen.