Just as the average human carries around the remnants of a prehistoric tail and a useless appendix, the tools we use also bear marks of the evolutionary process from which they arose. more

…superfluous references to the past are known as skeuomorphs (from the Greek words for tool and form), and Apple’s fondness for them on the iPad has provoked criticism from some designers.

“It drives a lot of designers batty because it is so skeuomorphically heavy,” said Craig Mod, a designer for Flipboard, a magazine for the iPad.

I’m staring at my skeuomorphically heavy screen (now I know there is an adjective too): trashcan, folders, my desktop… but as I read the article and came across the photo below with a protester  drawing computer keys to express his wish: I wonder what it should be called, a de-skeuomorph? 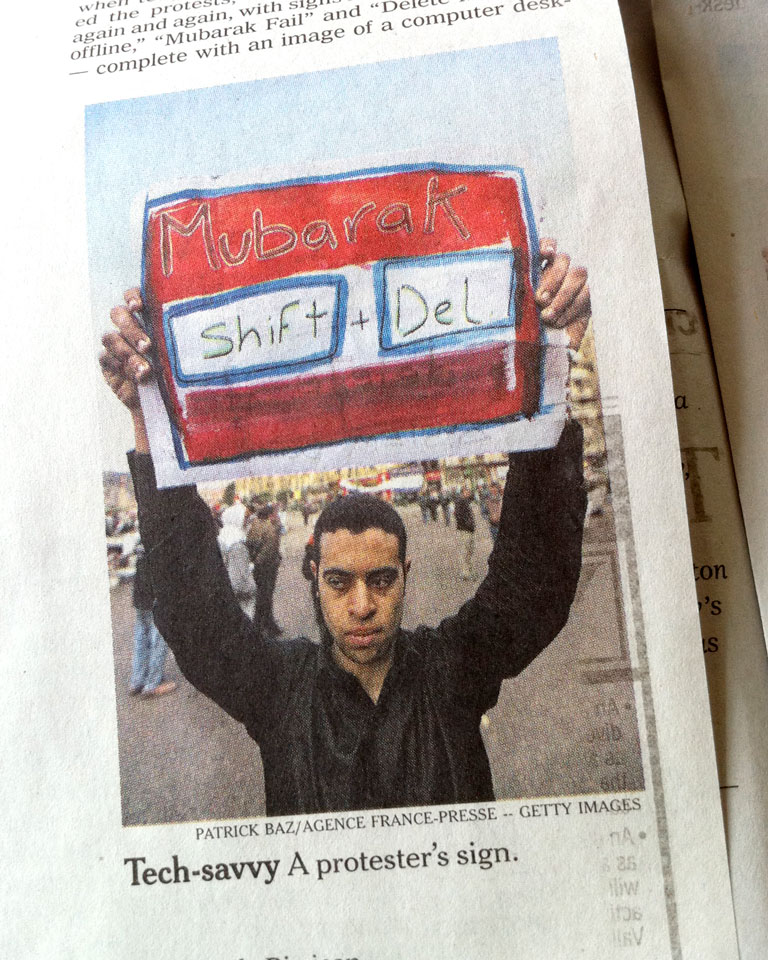 Not surprised that I found when internet searching the blog skeuomorphs.com/ > technology vs. nostalgia