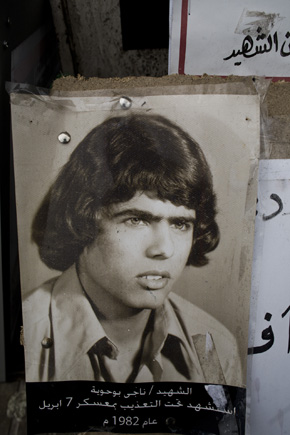 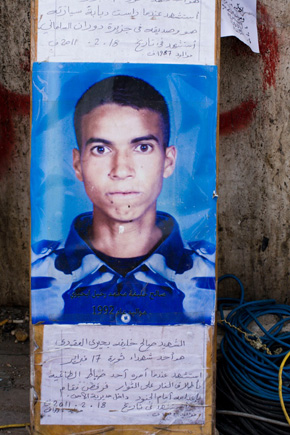 In the spring of 2011, photographer Guy Martin came across a wall covered with photographs of missing men outside the central courthouse in Benghazi, Libya. They were images of men who had disappeared during the forty years that Muammar Qaddafi had ruled the country, whether during the conflict then taking place or during decades of arrests and kidnappings. At the time Martin was there, fierce fighting was still underway between rebels and government forces, with months to go before Qaddafi would be overthrown. The pictures have since been removed.