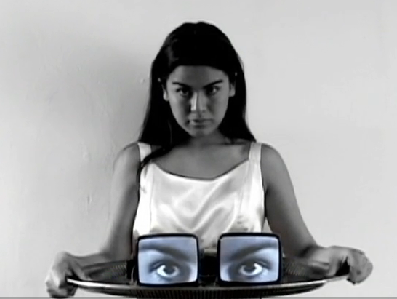 Vidas ejemplares is a project, composed of videos, installations, four actors, two dancers, and a route through Christianity in baroque Latin America. Directed by visual artist José  Alejandro Restrepo, this theatre-performance piece takes as its protagonists Saint Barbara, who had one of her breasts cut off as a symbolic form of violence for someone whose death would not be sufficiently didactic; more