It is rare that I feel nostalgic when I look at the front pages of the Times. Yesterday was one of those days: Jerry Brown then and now on his inaguration day in the lower right of the front page. I saw myself then and now. I was in my senior year at Stanford when he was elected and I had voted for him. His father was Governor when I was little and my family was Brown supporters. The horror in between father and son was Ronald Reagan who began the downward slide of the University of California. It was embarrassing that Reagan was our Governor – we were the state that had not elected Nixon as governor.

Back to the photos –  I look at Jerry then and now, and I can’t help but think of me then and now. It was my second major voting experience. The first one I voted for McGovern, so this felt very different.

I made many self portraits during college – using a mirror as the mirror in which to see myself the photographer and now 35+ years later, I use my webcam to image myself. My laptop has become my mirror. 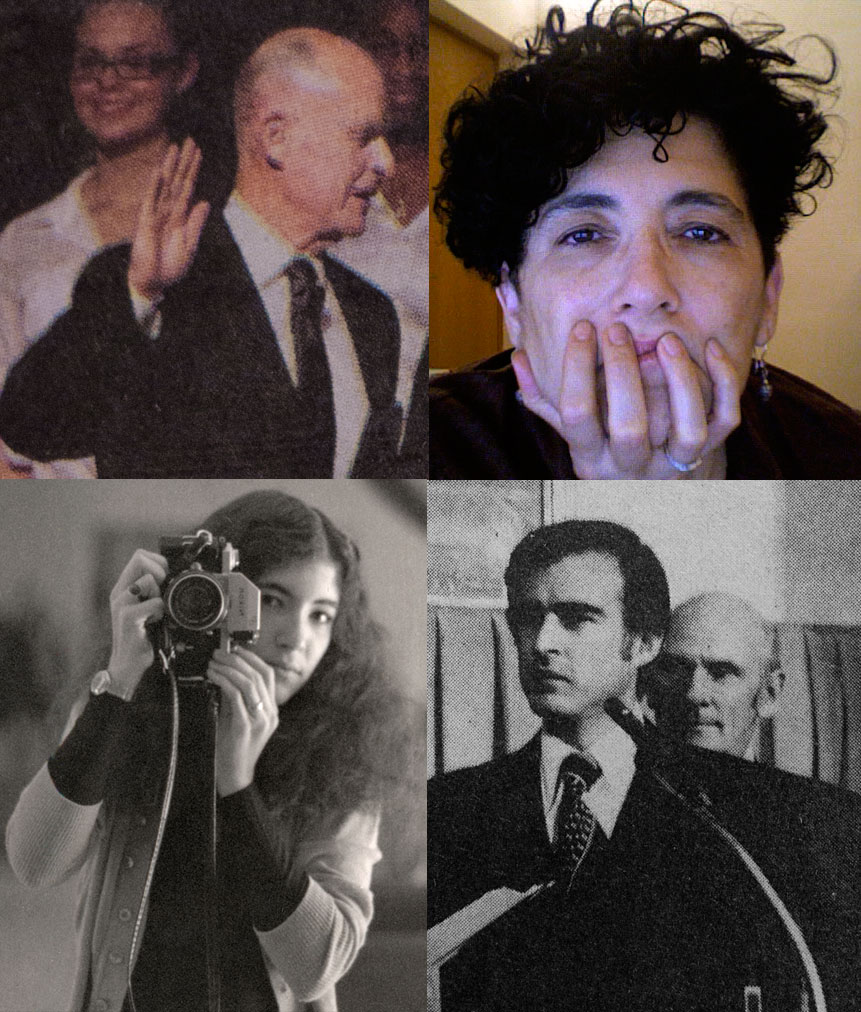 via Lorie Novak – January 4, 2010 at 365daysofprint.com
I am a participating artist in this project for the month of January where I post something everyday inspired by the paper. It is been harder than I thought making this a daily exercise rather than something I do only when inspired. Yesterday was one of those days I felt inspired but don’t think I would have made this image if it hadn’t been for the project.