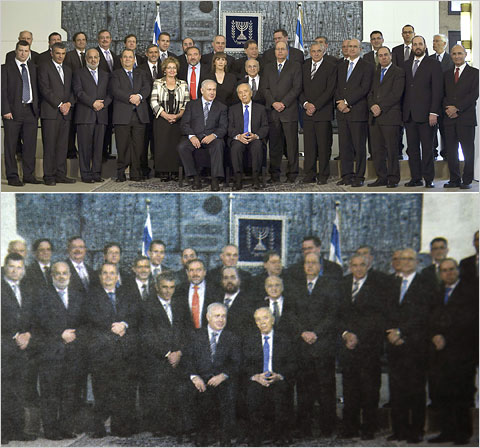 Two versions of a photograph of members of the new Israeli government, posing with Prime Minister Benjamin Netanyahu and President Shimon Peres (both seated) on Wednesday, April 1 in Jerusalem. The image at top is the original, the one below was the digitally altered version that appeared in the Israeli ultra-orthodox newspaper Yated Neeman.

An undated image from phone camera footage of a public flogging of a young woman in Swat, Pakistan.