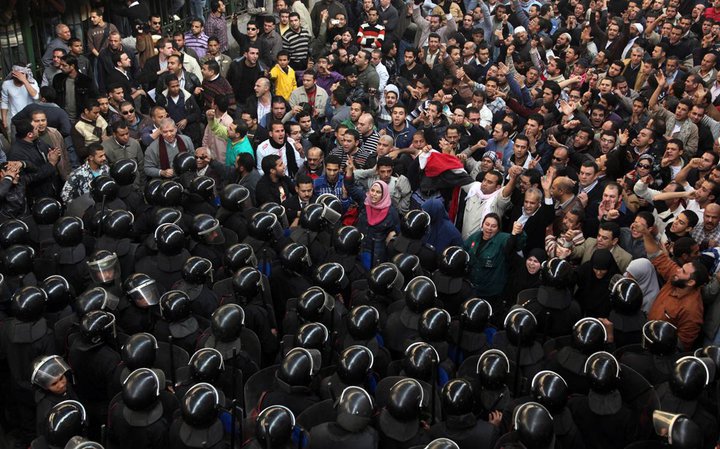 Can’t stop watching/listening to Al Jazeera Live Stream from Egypt. The revolution will not be televised, but it is being streamed and tweeted at least to those of us outside Egypt. I read the paper for perspective and putting everything together from the day before.

Live updates from the Guardian

Aljazeera has its Anger in Egypt page with its own logo. And great collection of photos.

The New York Times hasn’t named its coverage but the Lede Blog is even active on a Sunday.
MSNBC surprised me with how through and well organized its coverage is – link
At the Huffington Post, it is Egypt on Edge

And this article I was led to from a link from Facebook: The “Women Of The Egyptian Revolution” Compilation Being Made by Leil-Zahra Mortada.(Dialup Warning) – Democratic Underground.
The photo above when see on the Democratic Underground collection , the women stood out immediately. As the front image on today’s New York Times Week in Review, I was so struck by the action in the photo, the woman as the centerpiece only became apparent after prolonged viewing. 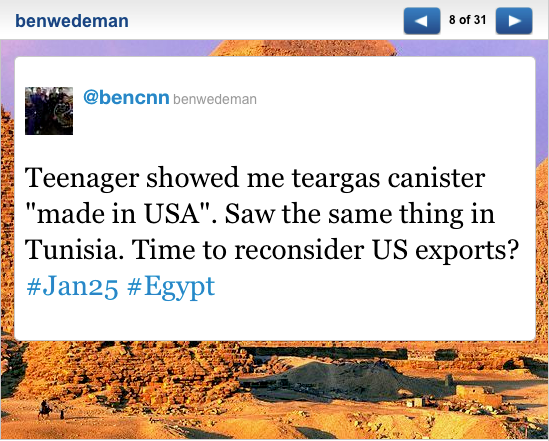