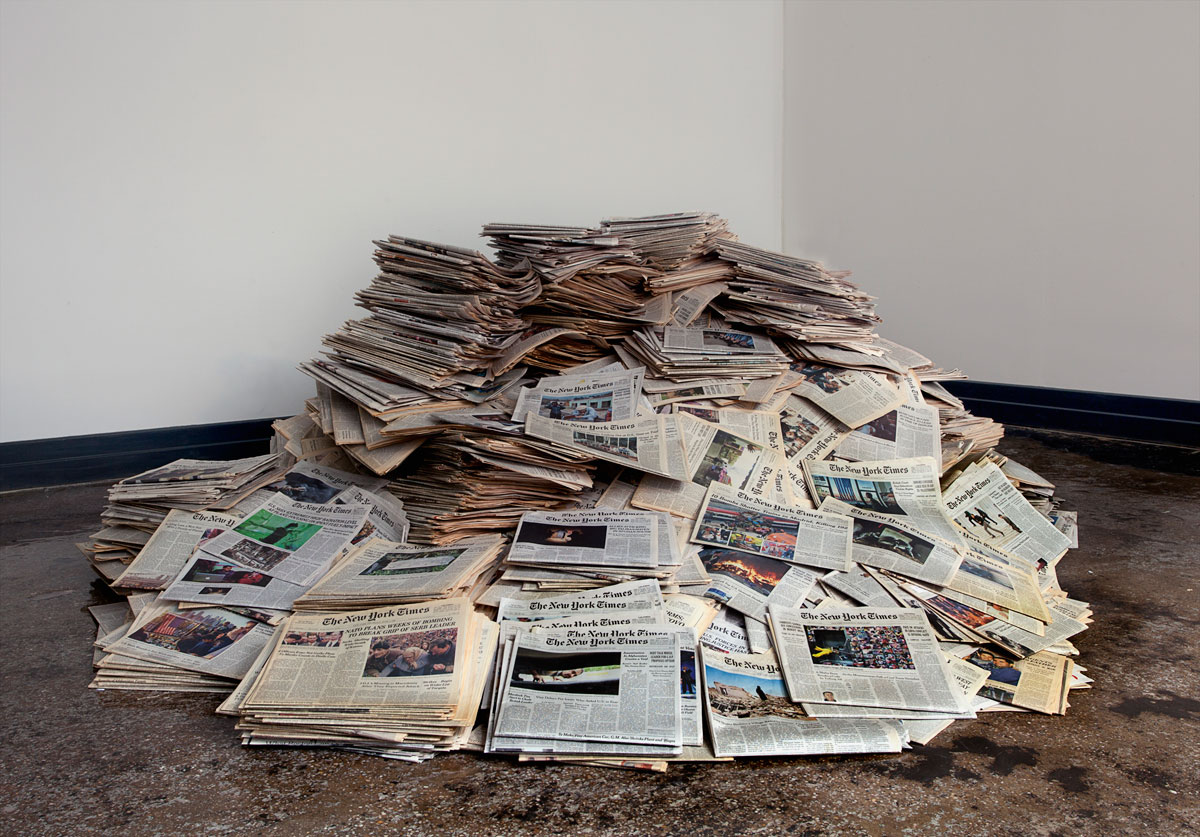 Folders of photos in my file cabinets and folders in my computer contain hundreds of images. The images play like filmstrips in my mind. I scan and grab them to use in constructed photographs and installations. In the late 1990s, I was saving more photographs than usual. As it became clear in March 1999 that NATO was going to bomb Serbia, I decided to save the front section of The New York Times once the bombing started. My idea was to have a stack of newspapers that signified a war. When the cease-fire was signed, a true resolution had not been reached, so I kept collecting. The World Trade Center was attacked, and I kept collecting. I have not stopped. Currently in my studio, there is a large mound of newspapers containing close to 5,000 sections of newspapers. I created this pile as a way to envision the weight of archival history. Photographs of atrocity are everywhere. It is hard to look and hard to look away.